Skip to main content
Home / X Factor: Be careful what you wish for

X Factor: Be careful what you wish for

I’ve always justified my addiction to shows like X Factor, by replying to condescending comments about my mental health with, “I know it’s not real…I just watch it for fun, really.”

Is X-Factor really fun anymore, though? Some might argue it never was. However, there IS fun in slagging Simon Cowell off for having his trousers yanked up around his ears and there IS fun in sharing insults about what a fix it all is and how the judges are either too old, too young, or too unqualified for the job. Hell…why stop there! Let’s all slag off what they’re wearing and how stupid their hair looks while we’re at it.

You see, as well as all the singing that’s happening in the background somewhere, there has always been that frustrating ‘in your face’ drama going on with the judges. We hate that! It makes us all take to Twitter so we can ask everyone on our followers list why these people insist on stealing the limelight. Why don’t they just let these poor people audition and let us see and hear them, without all the fake footage and silly asides.

Why? Because that would be REALLY boring. Gary Barlow tried it and it was boring. Maybe he thought…if the public hate all the drama so much, let’s take it out and just put people on the stage. It was boring...in my opinion, anyway.

Has Simon Cowell also taken our thoughts and feelings into consideration, to the point he’s now trying a more clinical and reserved format? I’ve actually only watched a few live audition episodes, so far…and I don’t feel I’ve missed out on the ones I’ve skipped. That’s not like me. I’m usually eager to binge every single missed episode, one after the other, to ensure I maintain the maximum level of irritation with minimum satisfaction. I need to be annoyed by this show…and it needs to be the kind of annoyance that keeps me checking my watch every Saturday evening, before lining the kids up on the sofa, ready for the circus-cum-pantomime (oh behave) that is X Factor!

Is there anyone who doesn’t know about editing? I mean, it’s always been obvious when an episode has been spliced together using footage from various venues…mostly because the judges’ clothes seldom stay the same after a cut. We already know a lot of it’s staged and that, after a run of mediocre singers, there’ll be an absolutely brilliant one at the end. I mean, we do ALL know that, right?

So why are people STILL crying about it all. We already know what the producers are doing. We do. It happens every year. We just like to moan about it and involve each other in our grumblings. It allows us all a reason to rant and rave about something irrelevant, rather than something worrying and important, like politics, the state of our country, nuclear war etc…because that’s a PROPER downer. Not to mention everyone chancing a last-minute sprint to the shops last Saturday to stock up on groceries before Nibiru hit…because Sainsbury's might not still be there on Monday!

I hate to say it, but I need those groan-out-loud moments…like when there are two yeses and one no, followed by a long drawn-out pause filled with emotional glances, before the inevitable third yes comes in…and when Louie says, “You desorve ta be on dat stage!”…and when the judges openly disapprove of each other’s behaviour, when we all know damned well they don’t mean it. Even more, I love it when Sharon rolls about laughing and falls under the table. Yes, I know, I am beyond help.

For me, X Factor has always been a kind of Santa Claus situation. We KNOW it’s not real, but we still need someone else to pretend THEY don’t KNOW we know. Trust me, that last sentence makes perfect sense after four jars of Pimms.

Without all the contrived drama, all the predictable outcomes, all the fake arguments…what is there to fuel the level of provocation necessary to propel shows like this into the headlines, eh? A handful of people singing on a stage isn’t enough. If it was, we wouldn’t need a panel of famous judges to moan about in the first place.

I guess it’s a case of ‘be careful what you wish for’. If you want a bog-standard, bland singing contest, fair enough, but those judges are there for a reason…and, if it’s to piss us all off and make us pay attention, let them get on with it…because I, for one, need to feel so adversely affected by this show that a helpline number pops up in front of my eyes every time Simon raises his hand to request another song! Omg, I hate that so much! But I really need it…because it makes me want to reach into the TV and shake him until his beard grows back properly!

I bet I’m not alone, either (you just keep telling yourself that, Anna).

I loath this programme and more especially two of the judges. David Walliams makes me feel nauseous, he is creepy and not qualified to be a judge. I, also, dislike Alesha Dixon is without any talent herself so I have no idea why she is a judge. She is such a big head! Amanda Holden is very pleasant and Cowell is of no consequence. The show has had it’s day and is a bore and should disappear as quickly as possible!

Write your own review 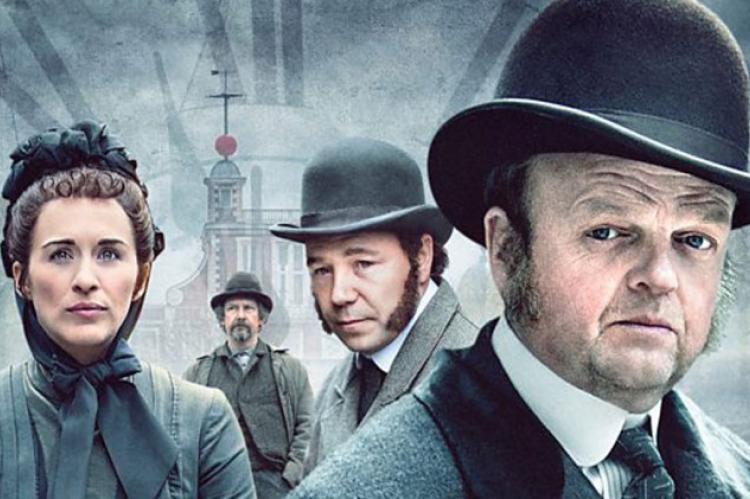 What to watch and review on Sunday. Tonight's TV tips
Drama

Money For Nothing: this show was unsalvageable
Factual

Get Kev's great viewing tips for all channels every week by email...

What to watch and review on Sunday. Tonight's TV tips
Drama

Money For Nothing: this show was unsalvageable
Factual